I applied biochar to our poultry coop recently, as it had been a while since any had been applied, and it drastically reduced odour. While our hens go outside their larger pen, during our damp months their pen can become well trodden and mucky in places. All it took was a sprinkle of biochar over the areas of higher traffic and within days the odour was reduced. Biochar if eaten by chickens is harmless, actually beneificial,so is very safe to use. More reading about the use of biochar in chicken pens can be found in the next couple of paragraphs.

"As an adsorbent, biochar can capture and hold gas particles. As such, it has also been investigated for improving hygiene in chicken coops. Coop hygiene has long been a challenge among producers. With many animals in the same space and in constant contact with their excrement, coops are an easy host for pathogens, creating a breeding ground for bacteria.

To complicate matters, ammonia is produced from the excrement, yielding another set of problems; ammonia can pose environmental problems, is toxic and highly odorous, and can result in many adverse effects on the health of the flock.

In addition to reducing the moisture content of litter (another major help in the effort to keep coops clean), adding biochar to litter can significantly reduce this harmful gas. Similarly, the use of biochar in litter allows for a reduction in lime, which in turn reduces the pH of the litter, and subsequently, reduces ammonia emissions." (source:Biochar: Applications in Animal Husbandry (feeco.com))

Biochar adsorbs very efficiently both organic molecules such as amino acids, fatty acids, proteins and urea and also mineral compounds such as ammonium, ammonia and nitrate. Used in litter, biochar locks in moisture and organic and inorganic nitrogen compounds. The nitrogen adsorption and the continuous drying of the litter deprive the microbial pathogens of their nutrient base and reduce toxic emissions of ammonia. After just a few days, a significant reduction in coop odour can already be noticed.(source tBJ:Biochar in poultry farming (biochar-journal.org)

How to incorporate Biochar into Soil 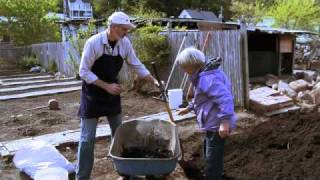 How to Add Biochar to Your Soil

Storing Biochar for You!

How to incorporate Biochar into Soil

Australia will need to remove CO2 from air to keep warming below 2C, climate body says 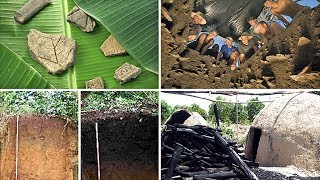